I wrote my first novel at age thirteen. Afterward, poring over my 400-plus-pages of loose leaf and notebook scribblings, I just knew a literary star had ignited its nuclear engines.

But, what to do for a last name? Worry not, friends! (Then-)Ultra-Christian, nascent-feminist, barely-teenaged Elle simply cobbled together a portmanteau from the two most important things evs: family and Jesus. Enter “Famus.” (It didn’t hurt that “Famus” also seemed a keen predictor of my literary prospects.)

With endless apologies to J. L., I didn’t actually publish any fiction till my 30s. It’s not you, little J. L.—it’s me. Also, come time to choose my adult pen name, I went a slightly different route, in part because I wanted to honor my recently-deceased father, whose middle name was “Hill.” And unfortunately, little one, we haven’t quite made it to the pages of the NYT. I mean, I do have a subscription, though. So, yay?

Alas, J. L. Famus never really lived up to her ambitious moniker. She served us well, though, keeping this newborn author afloat through two more angsty teenaged novels and dozens of melodramatic short stories. Good ol’ J. L. kept the hearth stoked and the porch swept so that, when Elle Hill moved in a couple of decades later, she found a warm and comfy space to set up her new literary identity.

Hats off to you, Ms. Famus.


* The first initial of my legal name is why I later chose “Elle,” which astute readers may note is pronounced like the twelfth letter of the alphabet. 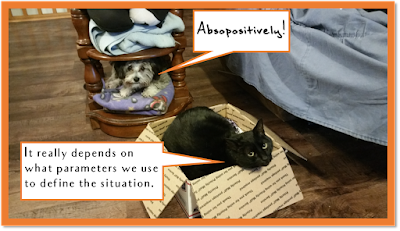 Imagine a scene in a book in which an inspector asks three different characters the same question: “Were you there last night?”   As authors, our job is to make each character’s voice distinctive enough that adding “Jose said” or “Jae Lin replied” becomes all but redundant. Not just with words that reflect our characters’ personalities, education levels, ages, and regions, but with, to name a very few, some of their preferred clichés, consistent emotional timbres, and verbal rhythms.  I’m still, ahem, attempting to hone this authorial skill. I’m currently reading a book by an author who plumps out all his characters and manages, despite juggling a half-dozen protagonists, antagonists, and bit players, to give each one a rich enough personality to render them technicolor, relatable human beings. Damn him.  Not for the first time, it occurs to me to create a kind of character bank in which I list not only the usual traits like appearance and background but also some verbal qui
Read more 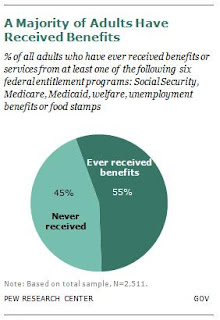 In my classrooms, and sometimes on Facebook, a topic comes up so predictably and with such frequency I can almost mouth the words as they begin to emerge from students’ earnest mouths: Gotta watch those those welfare recipients to ensure they don't  Abuse the System© . The thing is, I don't know if they know they're the very recipients we should be watching. Yeah, you heard right: welfare. I’m not going to pretty it up by saying “recipients of social assistance” or “family assistance.” I’m going old school and using the most emotional language I can: Welfare. Recipients. Full disclosure, as bloggers are wont to do: I grew up on welfare. When I was four, my mother grabbed my two sisters and me and fled a violent situation. We slept in our car, bounced among various relatives, rented tiny trailers. Finally, we landed ourselves Section 8 housing , which meant a constant roof and our own beds. I’m not going to lie: The highlight of our month included waiting by the
Read more