Showing posts from May, 2016
Show all

Fur the Love of Animals 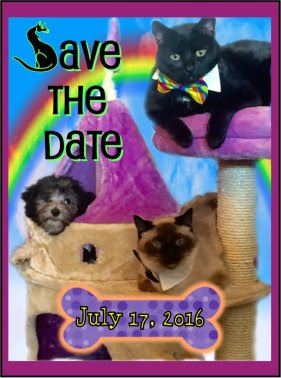 All of my books so far but one include animal minor characters. In my novelette,  Hunted , a big, chatty, black beast of a cat named Picante owns and demands obedience from our hero, Simon. I mean, come on – nothing says sexy like a man who puts his kitty cat’s safety before his own. In  Hunted Past , Aunt Mona, who actually plays a pretty important role in the book, possesses a passel (Herd? Pride?) of cats, all named after cheeses. (Because cats and cheese, people!) In a manner not even  slightly  reminiscent of one of my many rants, Aunt Mona rather pointedly extols the virtues of spaying and neutering and rescuing homeless pets. Cough, cough. Anyway, in  Hunted Dreams , a beautiful, blue pit bull named Mina fearlessly accompanies our hero, Reed, as he searches each night for his sleeping beauty, the Rubenesque Katana. When writing  The Tithe , I admit to spending a ridiculous amount of time wondering how I could sneak an animal into a book situated in an abandoned bunker in the
Post a Comment
Read more
More posts