Showing posts from June, 2015
Show all

Fallen Redemption  by R B Austin
Genre: Paranormal Romance Heat Level: Sizzling
Blurb
Killing Fallen to save mankind is Cade’s redemption for murder and only one human—mouthwatering and absolutely forbidden—stands in his way.
Cade committed himself to saving lives before he learned the full consequences of his life-altering decision. It wasn’t until he was tending his sick wife that he learned the enormity of what he’d done and he was unable to save her from the monster he had become. Consumed with guilt and praying for absolution, he threw himself into killing every Fallen he could find to save the humans he’d sworn to protect. But then Emma, deliciously mortal and completely forbidden, swept into his world, stirring an overpowering desire. Now he’s not only fighting soulless creatures, but also his inner cravings, trying to maintain his distance and continue on his path to forgiveness. He won’t lose control again and lose another love.

Excerpt
The cut was small and not deep; it would stop b…
Post a Comment
Read more

Writing in the Key of HEA 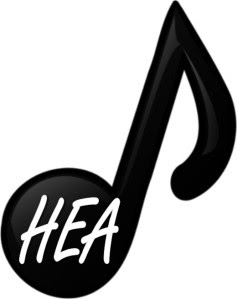 Let’s get real for a moment, friends: Happily ever afters are not optional. I’ve pondered in the past the essential components of a romance novel. Chief among those criteria is, of course, the HEA. Unlike the unbridled evil of such books as Love Story or TheNotebook, real romance novels shouldn't leave readers sobbing into their pillows. (Love may mean not having to say “sorry,” but these novelists should apologize -- heck, send chocolate and flowers to! -- to their traumatized readers.) Does real-life romance always end happily? No. Do I care? Desperately, which is why I demand my fiction provide the HEA real life doesn’t always deliver. In the tug-of-war between reality and romance, I will always add my muscle to Team Cupid’s. Recently, I gobbled up two YA paranormal romance series. It amazes me sometimes how the young adult genre can be so gritty and riveting, probably because their target audience is young enough not to crave the beautiful simplicity of HEAs. But anyway, after g…
4 comments
Read more 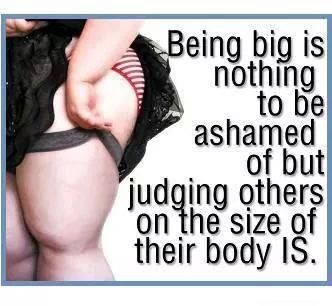 What do you get when you mix a fat person with a lack of shame about their body? Why, a recipe for PROMOTING OBESITY, of course!
Unless your summer home is in a cave in Tibet, you're probably pretty aware that popular culture isn't kind to fat people. Every day, we hear we're in the middle of an Obesity Epidemic(c), that fat people cause our healthcare costs to skyrocket, that fatness is the greatest social ill facing us today. Fat people are everywhere. Yikes! But it's okay, as long as fat people are trying to be, you know, not fat. As long as they know to be ashamed of their bodies.
Those who aren't ashamed? They're Promoting Obesity!
This may come as a shock, but I'm a fat woman. I'm also pretty comfy with my body, at home with its aesthetics, functions, and abilities. I've even been known to publicly sing its praises, because hey, if no one else is gonna do it, someone should! I didn't know I was Promoting Obesity. I thought I was just carvi…
Post a Comment
Read more

The Romantic Sociologist Strikes... Out

So, apparently I don’t quite meet the Shakespeare standard of a romantic. Or the Bronte. Or, well, the Disney. Heck, in the ranking of epic romantic tales and persons, I may even fall a hair below Taylor Swift’s “Blank Space.” When it comes to romance and passion, the most apt literary or media comparison for me just might be… Wikipedia.
You might not expect it of, you know, a romance writer, right? I mean, I didn’t even know I was romantically impaired until the other night, when my fiancé, a mutual friend of ours, and I sat digesting both our delicious dinner and our spicy dinnertime conversation.
Our friend, B: “So, Elle’s fiancé, what do you think of soul mates?”
Elle’s fiancé, J: “I feel as though Elle is mine.”
[Collective “awwww.”]
J: “If by ‘soul mate’ you mean divine providence put her in my life as a way to help mine make sense, then yes, I believe in soul mates. Elle is my life.”
B: “What about you, Elle?”
Me: “I think it’s a lovely notion. Not supported by science, but lovely, n…
1 comment
Read more
More posts