Showing posts from September, 2011
Show all

Hunted Dreams: The back cover blurb 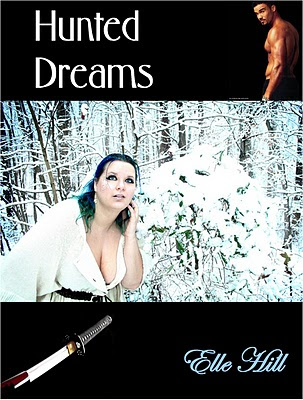 Her history, her whereabouts, her name: She remembers nothing. Her reality involves a constant stream of horrific, surrealistic scenarios in which she fights not only monsters and unseen attackers but her own pain and despair.
Reed Jayvyn is an ex-Army vet, penniless and living in his truck. After saving a young man from attackers, he finds he has become a bit player in a superhuman drama between the Broschi and the Clan, two groups engaged in a centuries-long war. Unfortunately for him, he discovers he is a Leech, -- a psychic vampire that feeds off the pain of humans -- which makes him a target of the Clan, a group of Hunters and Psychics who battle for the safety of humankind.
But Reed’s greatest surprise comes each night, when he finds himself dreaming of a fierce, nameless woman.
She is dreaming. So says the handsome man who uses his heretofore-latent psychic ability to flicker in and out of her dreamscape. During Reed’s occasional and brief visits, the pair struggles to determine…
1 comment
Read more

Tips for Dealing with the Phobic In Your Life

Picture this. Your significant other (SO) sits down with you, holds your hands, and tells you something you’ve always suspected but now know for certain: she’s an arachnophobe. Or a stygiophobe, a trichophobe, or a hemophobe. Or even an ailurophobe, although now that you know this, it may be better to cut her loose right away (just kidding... sort of).
You now have a golden opportunity before you. You can either be a kind and loving partner who recognizes and meets her mental health needs, or you can be a schmuck. In the spirit of love and kindness, I have decided to provide you with a list of considerations in forming your response and, consequently, cementing your SO’s eternal appreciation and adoration.
So, for the sake of ease, let’s assume your partner is an arachnophobe. Let’s also assume she has a difficult time saying the s-word associated with arachnids, so instead we’ll call them woo-woos. Ahem. Anyway, below are some tips for dealing with your SO’s newly-confided phobia.
1. I…
3 comments
Read more