Showing posts from September, 2016
Show all

The Emotional Toil and Toll of Office Work 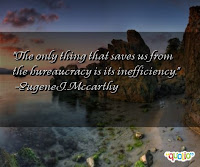 “The only thing that saves us from the bureaucracy is its inefficiency.”
I taped up the following quote up near my desk where I worked as a secretary. For the last five years, I had worked for the organization for two whole dollars above minimum wage and some pretty rocking benefits – at least in theory. (It’s worth noting that although friends coveted my benefits package, my meager paycheck couldn’t stretch to cover insurance deductibles, so I never visited the doctor or dentist, even when asthma had me gasping for air and a cavity slowly morphed into a dead root.)
In addition to my bureaucracy quote, I also decorated my office with various feminist paraphernalia, including goddess statues and quotes about women’s worth. A coworker even crafted a very official-looking sign for the door that read “Goddess Elle.”
In my workplace, I perched on the bottom rung of a very steep ladder. My first five years, I had slogged through payroll-related tasks and knew I made literally less than every…
2 comments
Read more

Beyond Ebony and Ivory 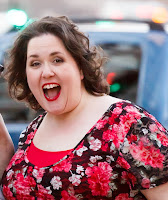 “Ebony, ivory living in perfect harmony.”
I just finished a compelling paranormal romance by a Black American author in which she described a character as having skin so dark it seemed blue-black. Not long ago, a book I read by a White American* author described a character’s skin as so light, it almost appeared translucent.
In spite of what popular songs, literary imagery, and even our language itself tells us, skin colors don’t come in black and white. Ebony and ivory language aside, we are all shades of brown. Some, like me, have very light brown skin; I like to think of myself as a fetching shade of beige. Some, like the woman pictured to the right, have very dark brown skin; rather than “black,” we might think of her skin color as mahogany or seal.
Often in my classes, I flatten myself against the whiteboard in the front of the class and ask students if I’ve suddenly become invisible to them. Spoiler alert: I haven’t. The fact is, even pale, Western European-derived me isn’t really…
2 comments
Read more
More posts